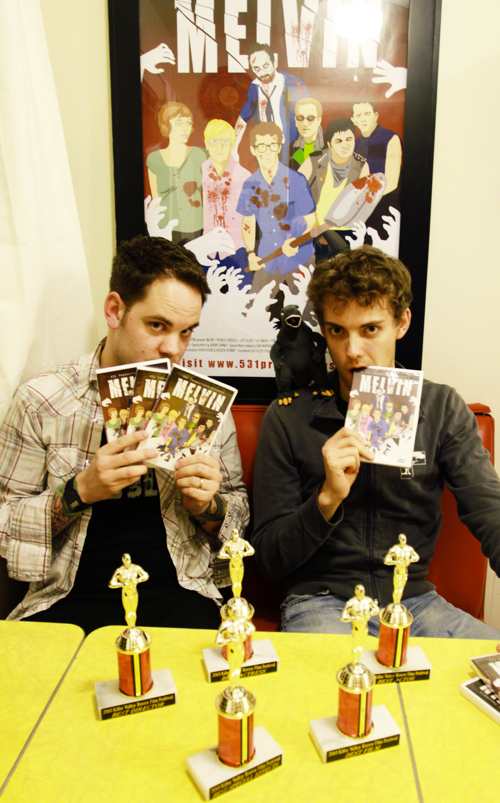 The festival encountered a bit of an upset this year, with “Melvin” from director Henry Weintraub of Eugene, OR taking all the awards. Weintraub’s film “Depraved” screened at the 2008 Killer Valley Horror Film Festival, where it took home the Creepiest Film Award.